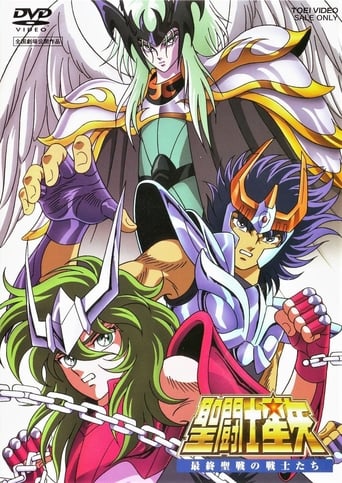 The plot involves the coming of Lucifer to the Sanctuary, where his underlings systematically dispose of the surviving Gold Saints. Athena goes to Lucifer to ask for peace, placing herself in peril. The Bronze Saints must then come to her rescue, destroying Lucifer's Fallen Angels (Seima Tenshi in Japanese) in the process.

Saint Seiya: Evil Goddess Eris
When Seiya, Hyōga and Shun visit Saori (Athena) at the orphanage, they meet an employee called Eri. An orphan herself, Eri takes a liking to Hyōga and one night they sit outside watching the stars. They see a shooting star and Hyōga asks Eri to make a wish. After Hyōga leaves, however, Eri becomes powerfully attracted to the shooting star and wanders alone into the woods, where she finds a golden apple. She is then possessed by Eris, the Goddess of Discord, and kidnaps Athena, planning to use the golden apple to suck her energy out, fully reincarnate and take over the world. Eris leaves a message for the Bronze Saints, who set out for the goddess's temple which appears on the mountains. There, the heroes fight the five Ghost Saints: Maya of Sagitta, Orpheus of Lyra, Christ of the Southern Cross, Jan of Scutum (called by the Japanese name Tateza) and Jäger of Orion.
Watch Now
Saint Seiya: Evil Goddess Eris 1987 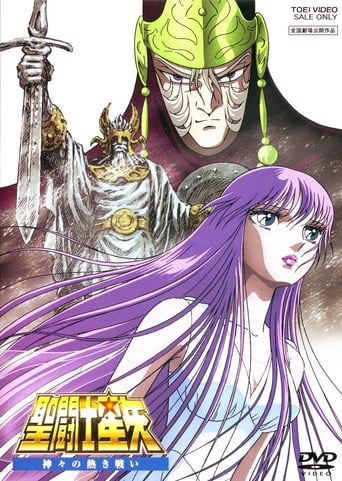 Saint Seiya: The Heated Battle of the Gods
In Siberia, Hyōga saves a man that is being attacked. Injured, the man manages only to say something about Asgard. Some days later, Saori, Seiya, Shiryū and Shun are wondering about Hyōga and decide to go to Asgard to investigate. At Valhalla, the Lord of Asgard, Dolbar, says he has not heard of any Hyōga and neither has his right hand, Loki. However, at all times Seiya and the others can feel an evil cosmo emanating from Loki and the other Odin Saints called God Warriors. Shiryū, in particular, notices a familiar cosmo coming from Midgard, a mysterious, masked God Warrior. Dolbar makes it clear that he is trying to take control of both Asgard and the Sanctuary, imprisoning Athena in a strange dimension within the giant statue of Odin. Midgard reveals himself as Hyōga and tries to kill Shiryū to prove himself to Dolbar. Thus, it is the task of the Bronze Saints to defeat Dolbar, Loki and the rest of the God Warriors, to save Athena and Hyōga.
Watch Now
Saint Seiya: The Heated Battle of the Gods 1988 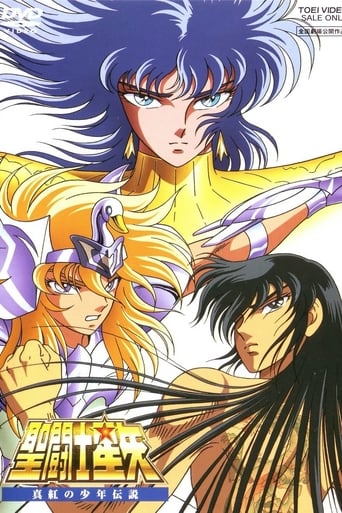 Saint Seiya: Legend of Crimson Youth
Athena receives the visit of Phoebus Abel, her older brother and God of the Corona. He informs her that he has come to destroy humanity as punishment for their corruption, just as it was done in ancient times. He dismisses Seiya and the Bronze Saints, as she will now be guarded by Abel's three Corona Saints, Atlas of Carina, Jaow of Lynx and Berenike of Coma Berenices, and the five resurrected Gold Saints who died in the Sanctuary battle: Saga of Gemini, Deathmask of Cancer, Shura of Capricorn, Camus of Aquarius and Aphrodite of Pisces. When Athena rebels against Abel's plan, he attacks her, sending her soul to Elysion, the final resting place from which there is no return. The Bronze Saints immediately rush to the Sanctuary to save her and ultimately overcome Abel.
Watch Now
Saint Seiya: Legend of Crimson Youth 1988 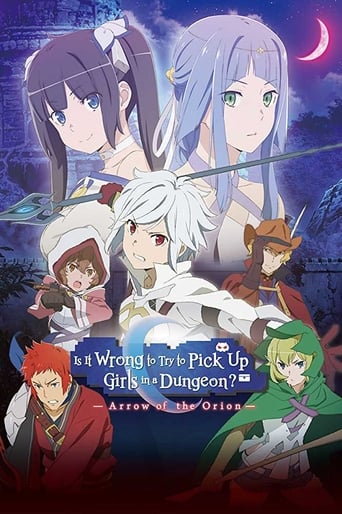 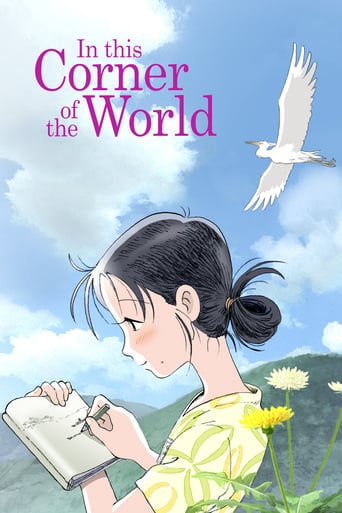 In This Corner of the World
Japan, 1943, during World War II. Young Suzu leaves her village near Hiroshima to marry and live with her in-laws in Kure, a military harbor. Her creativity to overcome deprivation quickly makes her indispensable at home. Inhabited by an ancestral wisdom, Suzu impregnates the simple gestures of everyday life with poetry and beauty. The many hardships, the loss of loved ones, the frequent air raids of the enemy, nothing alters her enthusiasm…
Watch Now
In This Corner of the World 2016 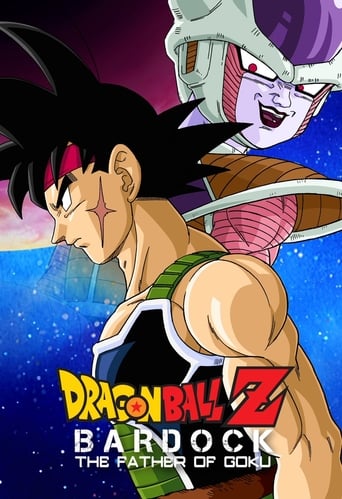 The film's masterful storytelling did its job. The message was clear. No need to overdo.

This was the fourth Saint Seiya movie, and for a long time (Before the Hades Chapter got animated) was the last done about this anime.Like the other three previous Saint Seiya movies, this has a very interesting premise, introducing some new elements to the story: The use of motifs related to Christianity (Instead of Greek or Norse myths) certainly had lots of potential to exploit...I mean, the idea of the seeing the beloved characters from one my favorites childhood series fighting against Lucifer and his fallen angels sounded as something too awesome for words.Too bad that final the result wasn't so awesome as it sounded or as it could have been: This movie follows exactly the same formula used in the previous three movies, being predictable and clichéd, with almost nothing of character development.The participation of the Golden Saints on this movie was way too short and disappointing. Some old enemies reappear briefly in this movie, but instead of showing their characteristic personalities, they are reduced to be one-dimensional villains who laugh a lot.What could have been an epic story ends being something bland and forgettable. Sure, the animation and the designs were good (And the music was beautiful) but those virtues aren't enough to compensate the many flaws that this movie has. 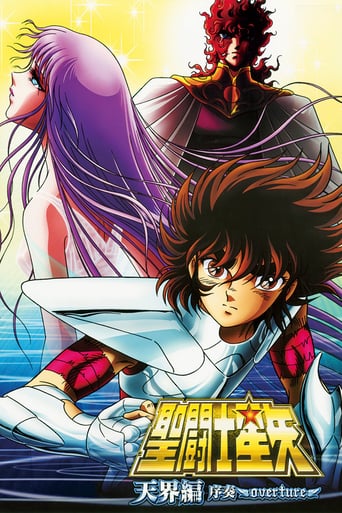 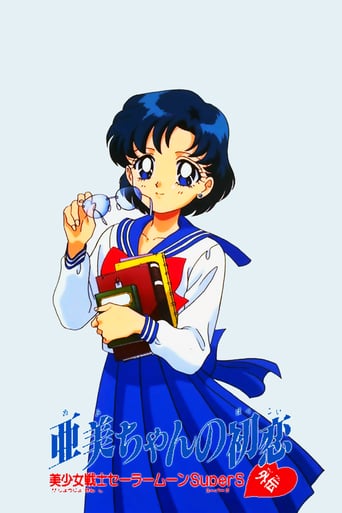 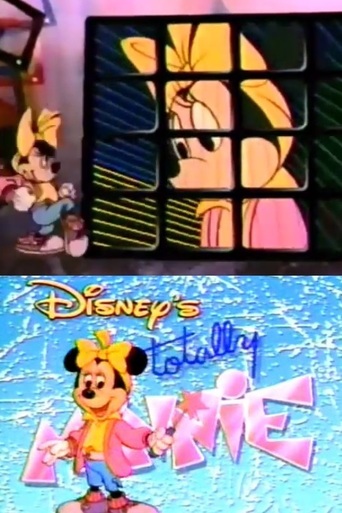 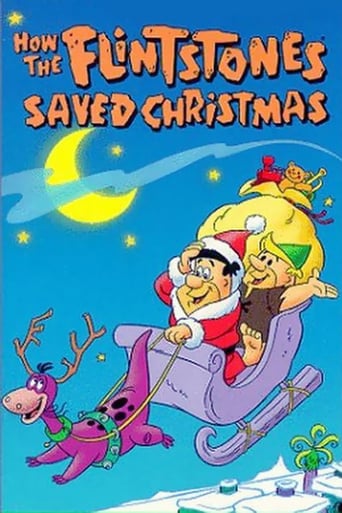 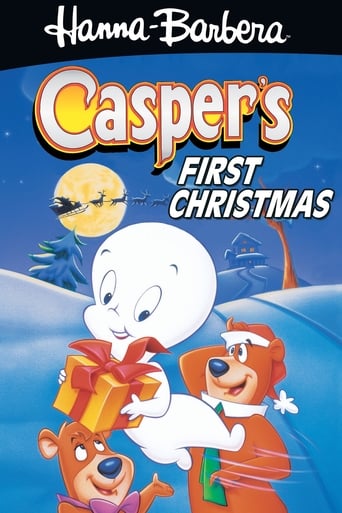 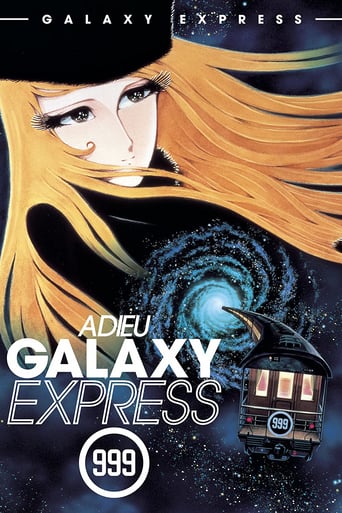